Lorem Ipsum is simply dummy text of the printing and typesetting industry. Lorem Ipsum has been the industry's standard dummy text ever since the 1500s, when an unknown printer took a galley of type and scrambled it to make a type specimen book. It has survived not only five centuries, but also the leap into electronic typesetting, remaining essentially unchanged. It was popularised in the 1960s with the release of Letraset sheets containing Lorem Ipsum passages, and more recently with desktop publishing software like Aldus PageMaker including versions of Lorem Ipsum.

Location:
Bentota is a Sri Lankan coastal city located on the southern tip of the Galle District of the Southern Province.

Discription:
Benthota is a historical place described in ancient messenger poems (sandesa kavya). The Galapatha Viharaya is one of a cluster of five ancient temples in the region.

Top of page
hermes replica ,a world-renowned rolex replica brand, was founded in Paris in 1837.replica gucci It is extravagant,conservative,and noble,and it is filled with a rich heritage centered on Roman culture. replica bags uk is an international company that is replica handbags loyal to traditional crafts and constantly seeking new ideas. 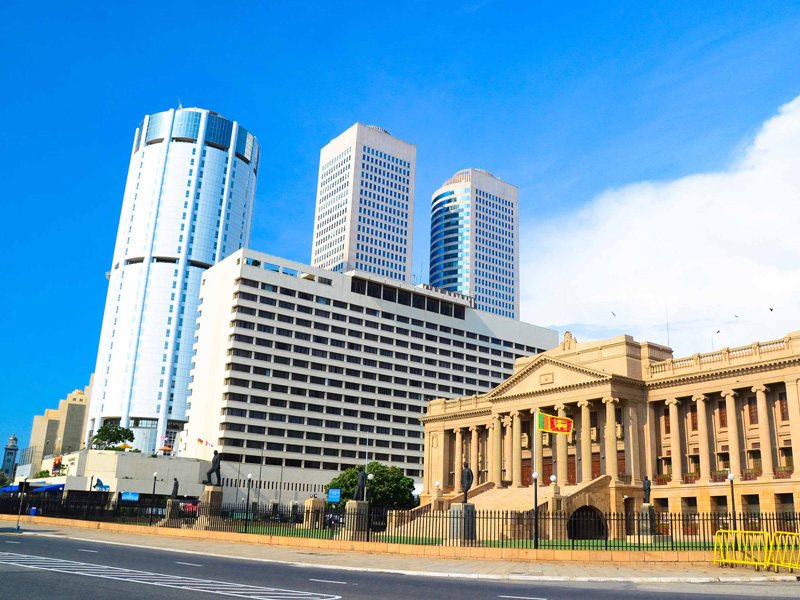 Discription:
Colombo is a busy and vibrant city with a mixture of modern life and colonial buildings and ruins. Due to its large harbour and its strategic position along the East-West sea trade routes, Colombo was known to ancient traders 2,000 years ago.

Location:
Galle is a major city situated on the southwestern tip of Sri Lanka, 119 km from Colombo. Galle is the capital city of Southern Province, and lies in Galle District. It's the fourth largest City in the country after the capital Colombo, Kandy and Jaffna.

Discription:
Galle is the best example of a fortified city built by Europeans in south and southeast Asia, showing the interaction between European architectural styles and south Asian traditions. The Galle fort is a world heritage site and the largest remaining fortress in Asia built by European occupiers. Other prominent landmarks in Galle include the natural harbor, the National Maritime Museum, St. Mary's Cathedral founded by Jesuit priests, one of the main Shiva temples on the island, and Amangalla the historic luxury hotel. 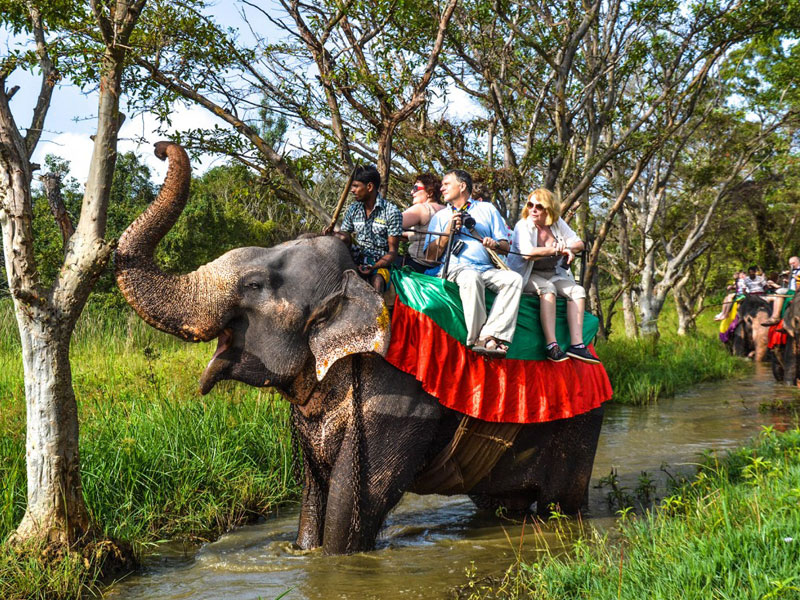 Location:
Habarana is a small city in the Anuradhapura District of Sri Lanka. The city is famed for its chain of high class tourist resorts.

Discription:
Habarana is a popular tourist destination for safari lovers as it is the starting point for safaris in the nearby Habarana jungle and the Minneriya sanctuary which is heavily populated by elephants. Habarana is situated nearby to the ancient rock fortress and castle/palace ruin of Sigiriya and is situated on the main road from Colombo to Trincomalee and Polonnaruwa. The area has some of the best hotels in the country and the greenary and wild life has added value, making the location attractive for tourists. 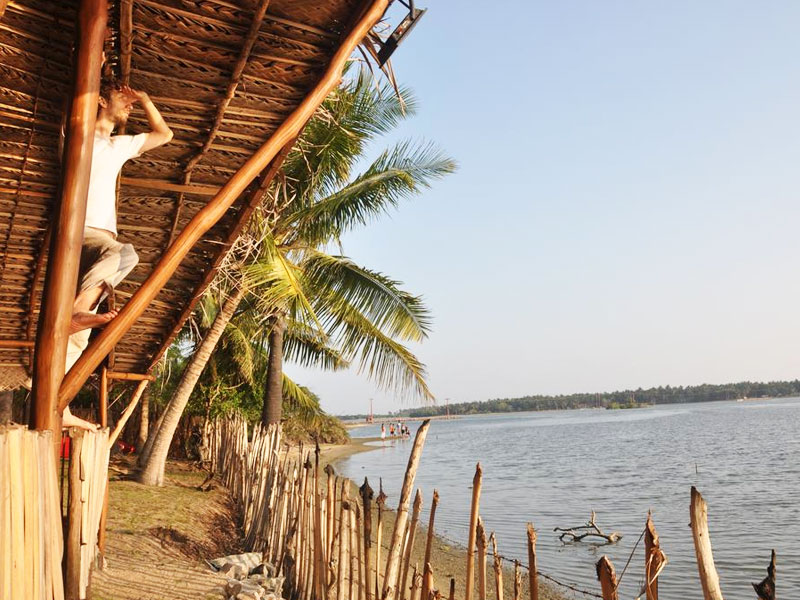 Location:
161km from Colombo Kalpitiya is a peninsula that separates the Puttlam lagoon from the Indian Ocean. Thus, it hosts a range of habitats from salt pans to mangrove swamps to sand dune beaches and also the Dutch bay.

Discription:
Exploring the natural beauty of the area - which is a designated marine sanctuary - is highly recommended. Kalpitiya is most famous for its dolphins - huge schools of which gather in the bay. Since of late large schools of sperm whale have also been spotted in Kalpitiya. A dolphin/whale watching expedition is a must when in Kalpitiya. The largest reef in Sri Lanka the bar reef is a hours boat ride from the shore.

Location:
Kandy is a major city in Sri Lanka, located in the Central Province, Sri Lanka.

Discription:
Kandy is the second largest city in the country after Colombo. It was the last capital of the ancient kings' era of Sri Lanka. The city lies in the midst of hills in the Kandy plateau, which crosses an area of tropical plantations, mainly tea. Kandy is one of the most scenic cities in Sri Lanka; it is both an administrative and religious city. It is also the capital of the Central Province. Kandy is the home of The Temple of the Tooth Relic (Sri Dalada Maligawa), one of the most venerable places for the Buddhist community of Sri Lanka and all around the world. It was declared a world heritage site by UNESCO in 1988. 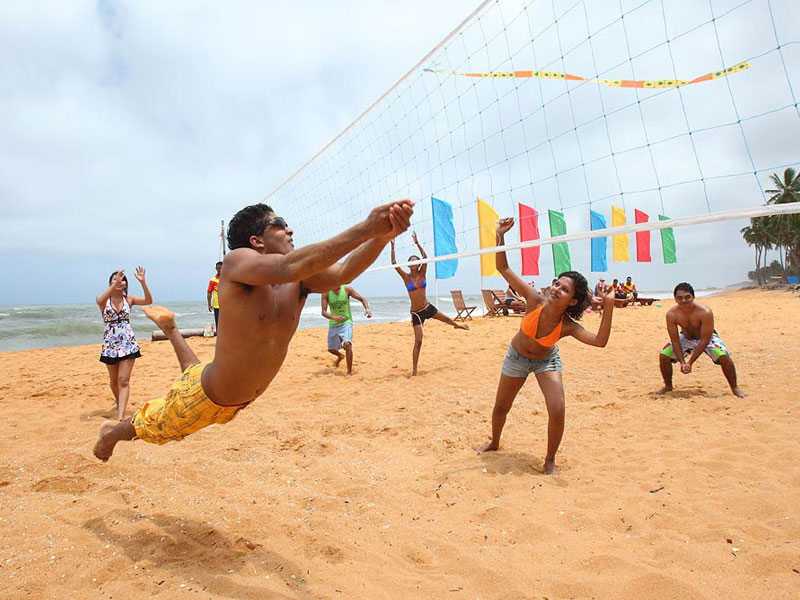 Location:
Negombo is a major city in Sri Lanka, located on the west coast of the island and at the mouth of the Negombo Lagoon in the Western Province. Negombo is the fifth largest city in the country after the capital Colombo, Kandy, Jaffna and Galle and it is the Second Largest City in Western province after Colombo. Negombo is also the administrative capital of the Negombo Division.

Discription:
It is one of the major commercial hubs in Sri Lanka of about 128,000 inhabitants in the city limits, approximately 37 km north of Colombo city. Negombo is known for it's huge and old fishing industry with busy fish markets, and the nice sandy beaches with modern hotels, guest houses, fine restaurants, pubs and the night life. 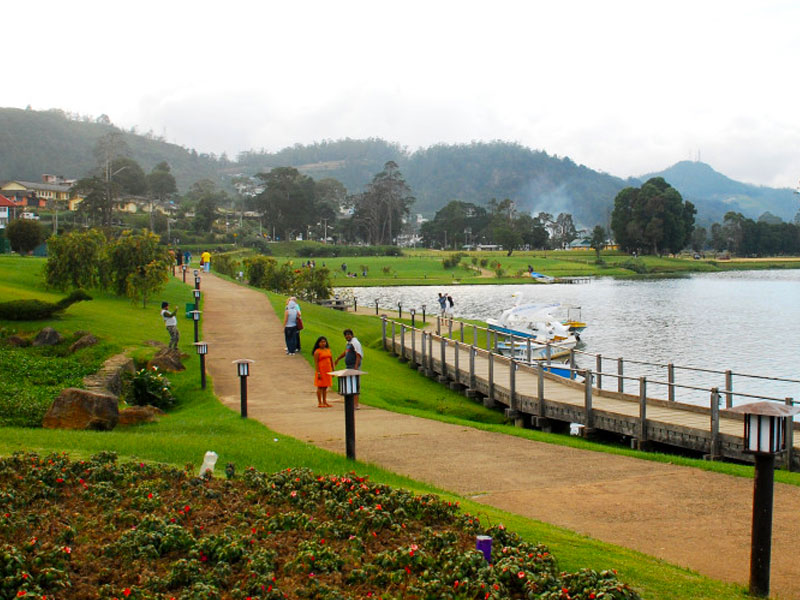 Location:
Nuwara Eliya is a city located in the hill country of the Central Province. The city name meaning is "city on the plain (table land)" or "city of light". The city is the administrative capital of Nuwara Eliya District, with a picturesque landscape and temperate climate. It is located at an altitude of 1,868 m (6,128 ft) and is considered to be the most important location for Tea production in Sri Lanka. The city is overlooked by Pidurutalagala, the tallest mountain in Sri Lanka.

Discription:
Due to the high altitude, Nuwara Eliya has a much cooler climate than the lowlands of Sri Lanka, with a mean annual temperature of 16째C. But the temperature changes and sometimes it can be as low as 3째C. In the winter months it is quite cold at night, and there can even be frost. although it rapidly warms up as the tropical sun climbs higher during the day.

Location:
Rakwana, is a small town in the Ratnapura District, Sabaragamuwa Province of Sri Lanka, a notable centre of Ceylon tea plantations and industry. Rakwana is located at an elevation of 464m, north of Sinharaja Mountains.

Discription:
The town of Rakwana including its Northern and Southern part and Kottala has 10,513 in population Rakwana acts as one of the gateways for the famous Sinharaja Forest reserve. 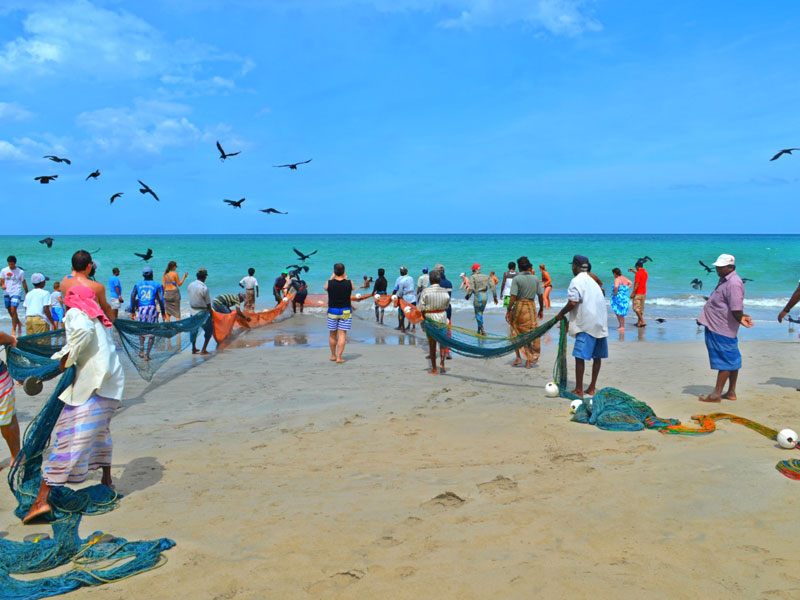 Location:
Trincomalee is a major city in Sri Lanka, with a large, natural harbour. It's the capital city of Eastern Province, Sri Lanka and the Trincomalee District. The city lies on the east coast of the island, about 113 miles south of Jaffna.

Discription:
The city is built on a peninsula, which divides the inner and outer harbours. Overlooking the Kottiyar Bay, Trincomalee is one of the main centers of Tamil speaking culture on the island. The city is home to the famous ancient Koneswaram temple alluded to in its historic Tamil name Thirukonamalai from which its anglicized name is derived, and has been a sea port that has played a major role in the maritime and international trading history of Sri Lanka. It is referred to as Gokanna in Pali or Gokarna in Sanskrit. The Bay of Trincomalee's harbour is renowned for its large size and security; unlike every other in the Indian Sea, it is accessible to all types of craft in all weathers. The beaches are used for surfing, scuba diving, fishing and whale watching. 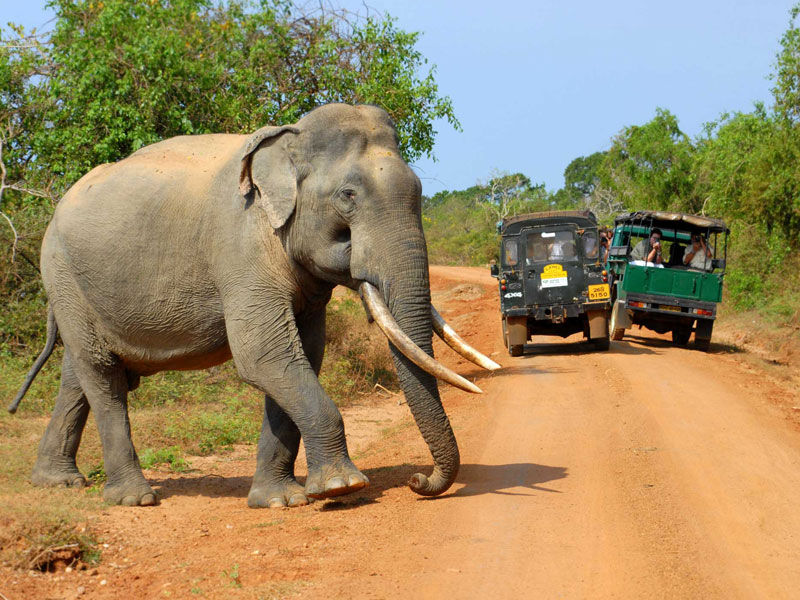 Location:
Yala National Park is the most visited and second largest national park in Sri Lanka. Actually it consists of five blocks, two of which are now open to the public; and also adjoining parks. The blocks have individual names also, like Ruhuna National Park for the (best known) block 1 and Kumana National Park or 'Yala East' for the adjoining area. It is situated in the southeast region of the country, and lies in Southern Province and Uva Province. The park covers 979 square kilometres (378 sq mi) and is located about 300 kilometres (190 mi) from Colombo. Yala was designated as a wildlife sanctuary in 1900, and, along with Wilpattu it was one of the first two national parks in Sri Lanka, having been designated in 1938. The park is best known for its variety of wild animals. It is important for the conservation of Sri Lankan Elephants and aquatic birds.

Discription:
There are six national parks and three wildlife sanctuaries in the vicinity of Yala. The park is situated in the dry semi-arid climatic region and rain is received mainly during the northeast monsoon. Yala hosts a variety of ecosystems ranging from moist monsoon forests to freshwater and marine wetlands. It is one of the 70 Important Bird Areas (IBAs) in Sri Lanka. Yala harbours 215 bird species including six endemic species of Sri Lanka. The number of mammals that has been recorded from the park is 44, and it has one of the highest leopard densities in the world. The area around Yala has hosted several ancient civilisations. Two important pilgrim sites, Sithulpahuwa and Magul Vihara, are situated within the park.